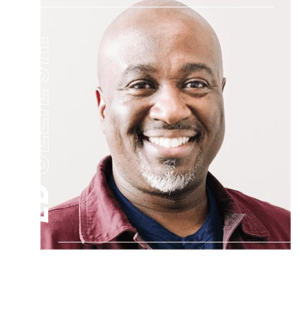 Ed is a graduate of North High School in Des Moines and Central College in Pella, Iowa where he graduated with athletic and academic honors in Political Science and Sociology.

Ed served as the Associate Regional Director for InterVarsity Christian Fellowship/USA. Mr. Ollie served as chaplain for the Miami Hurricanes football team, as well as other professional teams.

In 1995, New Man Magazine named him one of the "Top Five Young Christian Leaders" in America. The recipient of numerous awards, he was named to the Central College Board of Trustees in 1999. At age 29, he was the youngest member ever appointed to the Board of Trustees.

In 2006, after a successful career with InterVarsity, Mr. Ollie was accepted into the National Urban Fellows Program, www.nuf.org. Mr. Ollie obtained a Masters of Public Administration, with honors, and worked with former County Executive Ron Sims of Seattle, Washington. While there, Mr. Ollie was a speechwriter, helped shaped policy, and participated in numerous civic activities for the King County Executive’s Office.

Mr. Ollie served as the Director of Discipleship and Leadership Development at NorthRidge Church in Plymouth, MI, recognized as one of the largest churches in the USA.

Mr. Ollie served as the Senior Associate Pastor of Hermitage Hills Baptist Church, in Nashville, TN. Mr. Ollie also serves on the international board of InterVarsity USA and MOPS.

In November 2020, Mr. Ollie accepted the position of Campus Pastor of the historic Willow Creek Community Church’s North Shore Campus. He also serves as part of the Senior Leadership Team and Teaching Team.

He and his wife Marcia have three children: Leah, Kayla and son, Micah and currently live near downtown Chicago.

Ed is a true pastor. He will walk with you through the pain of this season, and he will also call you into helping build a thriving community on the North Shore. He is also a leader—and will help ignite a renewed passion to reach the North Shore with the love of Jesus, carrying on the legacy that has been yours for the past 18 years.